Drug possession penalties in Brookfield, Wisconsin, vary based on the type of drug and amount. Possession of Schedule I and II drugs can be penalized with up to a $10,000 fine, 3.5 years in prison or both while first-offense marijuana possession could lead to a $1,000 fine and up to 6 months in prison.

Possession of drugs or any controlled substances can be charged as a civil forfeiture violation, a misdemeanor, or a felony depending on the substances and the amount of the substance found in your possession. A first offense possession of marijuana can be charged as a civil forfeiture or a misdemeanor. A second or subsequent possession of marijuana is a class I felony that carries up to 3 ½ years in prison, a $10,000 fine or both. Possession of many other drugs as a first offense is a misdemeanor that carries up to a year in jail and a $5,000 fine. Possession of some drugs, like heroin, is a class I felony. A second or subsequent possession is always a felony charge, regardless of the type of drug. Penalties increase if you are charged with possession with intent to deliver drugs. These charges are always felony offenses that carry potential prison time.

Illegal possession of guns can be charged for multiple reasons. Carrying a Concealed Weapon without a permit is a Class A misdemeanor that carries up to 9 months in jail, a $10,000 fine or both. It is also illegal to be in possession of a firearm if you are intoxicated. This is also a class A misdemeanor with a maximum penalty of 9 months in jail, a $10,000 fine, or both. 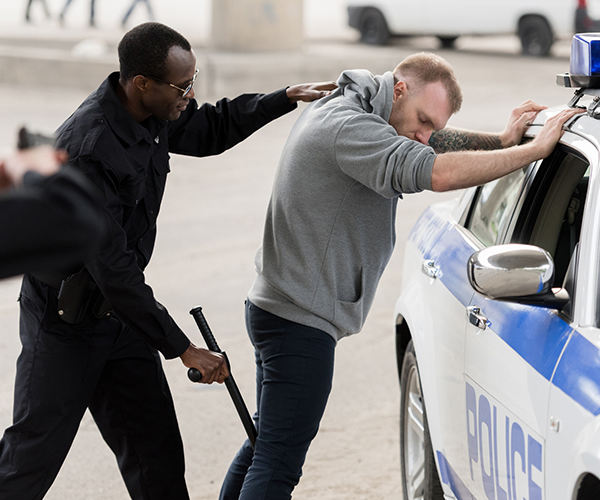 Possession in Waukesha can be charged for many different reasons. Whether you are found with drugs, weapons, or drug paraphernalia, the act of being in possession of an illegal item or substance can be charged multiple different ways and can lead to potential jail time, fines, or both.  You could also face suspension of your driver’s license if you are found to be in possession of drugs.

Possession can also be charged to more than one person at a time. Drugs that are found in a car where multiple people can reach it can be attributed to anyone of those individuals. If there are four people in a car, and marijuana is found in the center console of the vehicle, all four people in the vehicle could be charged with possession of that marijuana.

Additionally, possession of an item does not mean ownership of an item. Even if you do not own the firearm that is found in your closet if it is in an area over which you exert physical control you can still be charged with possession of that firearm. Even if someone else were to contact the police and inform them that they were the owner of whatever substance was found, you could still be charged with possession if you meet the legal definition.

How long does possession stay on my record?

Conviction for possession of any illegal item will remain on your record for the rest of your life. Under certain circumstances, some offenses may be eligible for expunction. However, expungement does not remove the conviction from your record. Rather, it removes the CCAP record from public view. Possession convictions can have many long-term implications including difficulty finding jobs, housing, and missing out on student loans for school. You should not rely on expungement to remove a possession charge from your record.

How to beat a possession charge

Beating a possession charge can be very difficult under the circumstances of your case. If an item is found on your person, it can be difficult to disprove that you knew the item was there. However, in certain circumstances, possession is less clear. There are also potential challenges to the search that led to the discovery of whatever item you are charged with being in possession of.  If your car was stopped for a traffic violation, it is possible that any subsequent search of your car could be ruled illegal if the police did not have the required probable cause to search your car.