Wisconsin gun laws allow individuals to carry a concealed weapon anywhere that does not specifically forbid it. However, carrying a concealed and dangerous weapon, you could be charged with a Class A misdemeanor if outside your home, your business or land that you own or lease.

Not Quite Everything You Need to Know about Wisconsin Gun Laws

Wisconsin laws governing concealed carry, transport, and NFA weapons are confusing, and we are often asked questions on them. In order to help you better understand these laws, Milwaukee’s top concealed carry lawyers at Grieve Law offer this guide.

It is important to remember two things:

First, this is a very incomplete guide meant to serve only as a convenient reference for some common questions. Not every law you need to know in order to legally carry or transport weapons is included here.

Second, we will do our best to update this page. However, it is up to you to update yourself. DO NOT ACCEPT THIS PAGE AS LEGAL AUTHORITY. 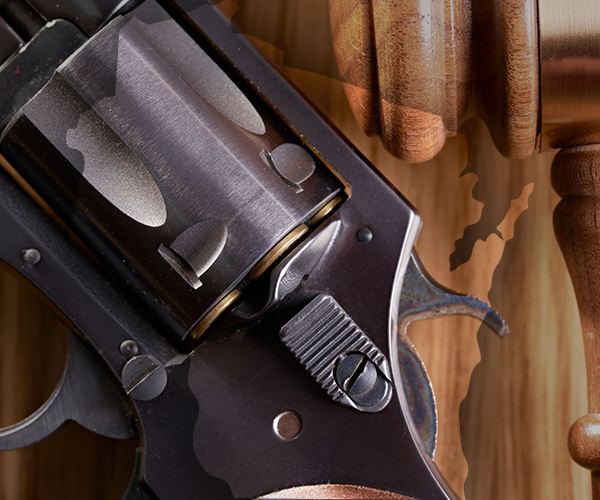 If you notice this page is out of date or you want to submit helpful additions or clarifications, please let us know.

What does Wisconsin law say about carrying a concealed weapon?

Wisconsin statute 941.23(2) says that anyone carrying a concealed and dangerous weapon other than a peace officer or a qualified law enforcement officer from another state is guilty of a Class A misdemeanor—unless you are carrying the weapon in your own home, place of business or on land you own or lease.

What does “carry” mean?

In Wisconsin, to carry is defined as “to go armed with.”

What does “to go armed with” mean? It means to carry a weapon on you.

This is not a joke; it is just a roundabout answer. The similar terms possessing, carrying, and going armed can sometimes have gray areas. Generally, courts have defined this “carry” to mean on one’s person or within one’s reach.

In addition to statutes, cases in front of the Court of Appeals and Wisconsin Supreme Court have tried to further define these terms. In State v. Hamdan, a 2003 case, the Court held that it is not a violation to carry a concealed weapon in your home, place of business, etc., because you are not going anywhere. However, in another case from 10 years earlier, State v. Keith, the Court stated that a woman concealed carrying a gun in her purse on the porch was illegal because you do not have to go anywhere to “go armed.”

What if you have a concealed carry permit?

The law is very specific about the loss of rights to carry, though. You can lose your concealed carry license for any number of reasons, and you may not refuse to accept notice that your license has been revoked or suspended as a defense to illegally carrying a concealed weapon.

What weapons are legal to carry in a concealed manner in Wisconsin?

The statutes are very specific about the type of weapon that can be carried in a concealed way. Per Wisconsin Statute 175.60(1)(j)(j) “weapon” means a handgun, an electric weapon (like a taser), or a billy club. If you are underage, under no circumstances can you conceal a weapon.

“Handgun” means any weapon designed or redesigned, or made or remade, and intended to be fired while held in one hand and to use the energy of an explosive to expel a projectile through a smooth or rifled bore.

Summary of legal definitions of various rifles under Wisconsin Statute 941.28:

It is illegal to carry a concealed weapon in Wisconsin at these locations:

Can you leave your gun in your car in Wisconsin?

It depends on how you leave it in your car, where in your car you leave it, and where you park your car. The law requires a handgun to be encased (i.e. in a transportation case) not just stashed in the glove compartment. These two cases are illustrative:

The Court in State v. Walls, 190 Wis.2d 65 (Ct. App. 1994) held that a firearm in plain sight inside a vehicle is both in violation of the encased requirement, Section 167.31, and considered unlawfully concealed.

Remember, this is an Incomplete Guide for Wisconsin Gun Laws

There are many more laws surrounding concealed carrying and open carry in Wisconsin, and they are not always crystal clear in their language. If you have any questions or concerns regarding concealed carry, or if you’re facing a weapons charge, schedule a free consultation with Grieve Law’s experienced attorneys.

In Wisconsin, how long does a Gun charge stay on your record?

Carrying a concealed weapon in a prohibited area in Wisconsin could lead to a $10,000 fine if convicted, and even if not convicted, the charges could remain on your record for life.