Wisconsinites falsely believe marijuana penalties aren't serious. First possession charges can land you in jail as long as the amount you're found with is measurable. When you’re arrested,  officers may either exaggerate or downplay your case They're hoping you won’t bother to lawyer up or will agree to work for them as an informant. Your best bet is to never “tell your side of the story” until you have a defense attorney to advocate for you.

1. It’s not just the drug that is weighed…

...It’s also what it’s mixed with. Wisconsin drug penalties vary considerably depending on the amount of controlled substance you’re caught with. But in determining how many grams (or pounds) you’re in possession of, the drug will be weighed “together with any compound, mixture, diluent, plant material or other substance mixed or combined with the controlled substance.”

So if a bag of pot is seized in Brookfield, Wisconsin, its total weight will include stems, roots, dirt, and water weight. The weight of LSD includes the blotter paper or sugar cubes, which, considering the miniscule amount of LSD that makes up one dose, can greatly tip the scales in the favor of the police.

And speaking of inflated sentencing, the fines for drug charges are only part of the story. Many of these offenses also come with additional “surcharges”—fees tacked on to the standard fines that pay for state-sponsored drug treatment programs.

When you’re wondering how much does it weigh and how much do I pay, drug laws in Waukesha, Milwaukee, and all of Wisconsin make it far more than meets the eye! So remember: this is more complicated than you may have thought.

2. An empty bong can send you to jail.

Wisconsin narcotic laws prohibit the possession or sale of paraphernalia intended to: “plant, propagate, cultivate, grow, harvest, manufacture, compound, convert, produce, process, prepare, test, analyze, pack, repack, store, contain, conceal, inject, ingest, inhale or otherwise introduce into the human body a controlled substance.”
As long as the prosecution can prove you intended to use the paraphernalia (for its suggested purpose), you can not only be fined but also be sent to jail.
In general, this is a misdemeanor offense. However, if meth happens to be the associated drug in question, possession of paraphernalia jumps to a class H felony, despite the fact that meth is only classified as a schedule II substance, whereas pot is schedule I.

To save you the prison time, contact the best Wisconsin narcotic attorneys today.

3. You can lose your driver’s license.

Nearly all Wisconsin drug offenses can result in your driver’s license being suspended or revoked for up to five years. This penalty is not necessarily contingent on whether or not your drug-related crime had anything to do with your ability to drive, such as an OWI.

Until somewhat recently, this penalty used to be mandatory. However, the law has been reformed, and it is now up to the judge whether to impose driving restrictions on you.

This penalty can be very damaging to the defendant. If you are trying to rebuild your life after a drug-related conviction, your options in life will be obviously be curtailed if you can’t drive. It’s a lot harder to find legitimate work and hold down a job without reliable transportation, so people in this situation can easily find themselves drawn back into the drug business and, ultimately, back in the prison cycle.

Contact the best Waukesha drug attorneys to protect your license. 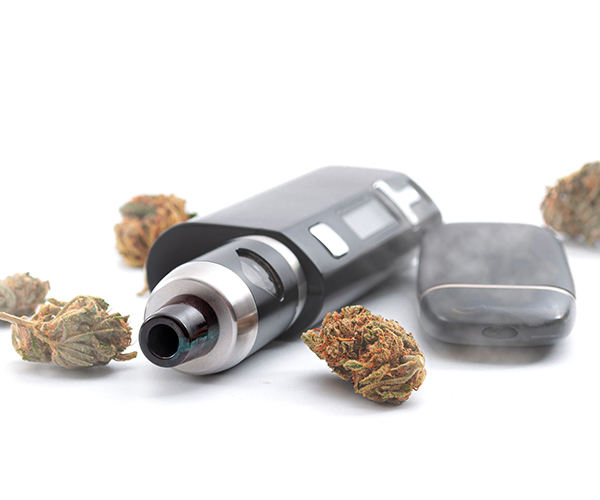 4. The cops may try to seize your bail money.

Under Wisconsin’s civil asset forfeiture law, your property can be confiscated by the police even if it is only loosely connected to illegal activity. You could lose your cars or even your family’s home. Learn more about forfeiture violation in Wisconsin.

There have even been cases where cash, raised for bail, has been seized after drug sniffing dogs detected narcotics on the bills.

And remember, your assets can be seized even if you are never convicted of a crime, because under the laws it’s your property itself that is guilty of the crime. Very commonly in Milwaukee and Waukesha drug cases, whatever cash a person has on them or in their home is seized by the police on suspicion of being tied with a narcotic crime.

To protect your property, contact the best Milwaukee drug attorneys to begin building your defense.

The Wisconsin police don’t have to find THC or any other drugs on your person to declare they were found in your possession. You can be arrested if the police discover a controlled substance in your home, your car, or merely within your reach out in public.

Wisconsin law enforcement does not need to prove you own the drugs—only that you possessed them.

Don’t count on being released just by saying “those aren’t mine.” While the drugs might belong to a friend, they were found on your property, and it’s much easier for the police to charge you for marijuana possession in Wisconsin than to go after someone else who may not even be the real owner.

Drug Charges in Wisconsin include:

Illegal Possession of Drugs in Wisconsin

Prescription drugs without or with intent to distribute:

Related: Are dabs a felony?

People Are Not Guilty Until They Are Proven Guilty

This is why it is critical to contact the best drug lawyers in Wisconsin to begin building your defense.

6. A first offense can carry years in prison.

Not all drugs are equal under Wisconsin drug laws and drug courts. While much of the country is lowering its penalties for marijuana possession, especially personal quantities, it remains illegal here. Even though a first offense is considered a misdemeanor, you still face 6 months in jail and a $1,000 fine. For some “harder” drugs, such as cocaine, the maximum jail time is doubled to a year, and the fine is quintupled. Of course, this is only for first offenses. Second or subsequent offenses are always charged as felonies.

But heroin is a special case. While first offense possession of cocaine or meth is a misdemeanor, it’s automatically a felony if it’s heroin. It doesn’t matter if you only had one gram. You could face three and a half years in prison along with a $10,000 fine.

Remember, the severity of the sentence will also vary based on the county and the judge who’s hearing your case. Drug laws are complex, so when you’re arrested, the officers may either greatly exaggerate or downplay your case, hoping you won’t bother to lawyer up, or perhaps agree to work for them as an informant in exchange for leniency. Because of these complications and the variety of penalties for drug charges, your best bet is to never “tell your side of the story” until you have a defense attorney to advocate for you.

For questions about your defense, contact your best Brookfield criminal defense attorneys.

Do first time drug offenders go to jail in Wisconsin?

What drugs are felonies in Wisconsin?

Any large amount of drugs can be a felony. There are certain drugs where, regardless of the amount, possession is a felony. An example of that is heroin.

How do you beat a drug sale charge in Wisconsin?

"The following are some examples of defenses that could help you beat your drug charges: The drugs weren't yours, and you were unaware that they were in your possession. Someone set you up. The lab made errors. The police did not follow proper procedures. You were illegally searched."

What is possession of controlled substance in Wisconsin?

How do you beat a felony drug charge in Wisconsin?