Probable Cause, Police Stops 2 Ways Cops can stop you in Wisconsin

Probable cause is the basis for most stops by police officers. Officers make a probable cause stop when they have probable cause to believe a motorist has broken a law. Officers can also make a stop under reasonable suspicion if a number of conditions are met in a situation.

If you are caught with narcotics or prescription drugs, your charge can be dropped if the police did not follow proper protocol. Contact Grieve Law for a free initial consultation.

Know What to do During a Police Stop

One of the most important legal questions about your entire case is whether or not the officers made legal contact with you. If they conducted an illegal traffic stop, or an illegal stop and search in the street, that constitutes an illegal contact and it could result in all of the evidence against you being suppressed. If you are travelling in a car, the three most common reasons for a police stop come down to probable cause, reasonable suspicion and community caretaker doctrine. Let’s look at each one briefly.

Probable Cause in Drug Charges

The most common stop that police officers make on a day-in, day-out basis is the probable cause stop. An officer makes a probable cause stop when there is probable cause to believe a driver has broken some kind of traffic law. A few common examples include speeding, a burned out tail light, and an unregistered or suspended license plate. Basically, any time officers have probable cause to believe someone is violating Wisconsin’s traffic laws, they can pull over the driver in a traffic stop. In these cases, any issues surrounding the stop will boil down to whether or not the person actually was violating the traffic code. The fact that you did not know your license plate was suspended or that your tail light was burned out usually does not mean the stop was illegal. So, it is important to make sure all the equipment in your car is working properly, not only for your own safety, but also to protect your constitutional rights. 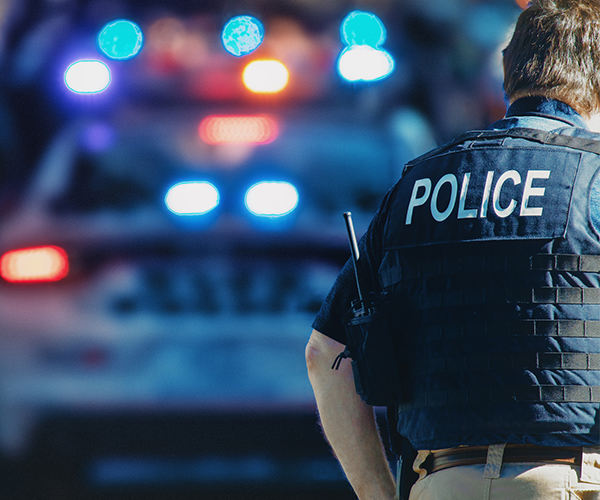 A reasonable suspicion stop is when officers have reasonable suspicion that an operator of a motor vehicle may be committing an offense. This reasonable suspicion cannot be based on a hunch alone, and is usually taken together with a number of other factors. A common example might be if an officer sees someone staggering after leaving a bar and walking to their car. They may seem to fumble with their keys a little too much when getting in and hang a bit of a wide turn entering traffic from the parking lot. They may come to a bit of a screeching stop at the stop sign and then chirp the tires pulling away, all while weaving within their own lane. While none of those examples taken by themselves may be enough to give the officer reasonable suspicion, the ‘totality of the circumstances’ may be enough for the officer to initiate a traffic stop under the reasonable suspicion standard. Reasonable suspicion stops, though more rare than a probable cause stop, need to be studied very closely by a qualified lawyer trained in criminal defense and drunk driving law. Most of the facts needed to determine whether the stop was legal are difficult for the average person to find out about. So, if your fee to plea lawyer does not devote their practice to criminal and drunk driving defenses, it is very possible they will miss the opportunity to challenge a reasonable suspicion stop and your case can easily end in a conviction instead of a dismissal.

Fighting My Stop in Court

If you do challenge and fight the stop as being illegal, a jury will not decide the outcome. This is because under Wisconsin law a jury is a “trier of fact,” and they do not determine the law. Instead, the issue of your stop will be decided by a judge prior to a jury trial. Your attorney will likely have the opportunity to cross-examine police officers and present your case to the judge. At these hearings, the government bears the burden of proof because they, through law enforcement, are the ones who made the stop. Although your case can be won at these hearings through effective and aggressive representation, your case can also be lost. An inexperienced fee-to-plea lawyer may not only end up losing what should have been a winning suppression hearing, but they may also jeopardize your case in an upcoming jury trial by fumbling through key parts of testimony and evidence.

Contact our Milwaukee defense attorneys for a free consultation if you have been wrongly stopped by the police.

If my charge is bested by a lack of probable cause, is my record clean?

A probable cause stop by Wisconsin police is not enough to report on your permanent record, but if that leads to an arrest and charges with potential penalties of, for example, a $10,000 fine, those charges alone could remain on your record permanently.