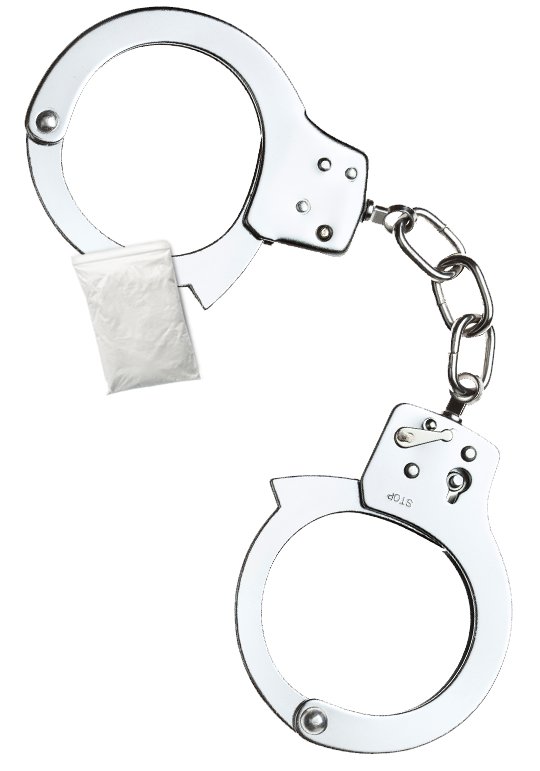 First offense possession of cocaine is a misdemeanor punishable by 1 year in jail, fines up to $5,000, and loss of driving privileges for up to 5 years. Felony penalties for subsequent cocaine possession charges include up to 3.5 years in jail and a $10,000 fine. ANY amount that can be tested and test positive (including a virtually empty baggie) counts as possession. There is no mandatory minimum sentence. A possession with intent to distribute cocaine charge is more severe, with less than 1 gram carrying a maximum sentence of 10 years in prison and a $25,000 fine. 1-5 grams with intent to distribute makes you face 12.5 years in prison and a $25,000 fine. Wisconsin statutes do not differentiate between crack cocaine and powder cocaine, however, crack cocaine can be considered to be more "aggravated" because it is considered more addictive.

What are the fines & penalties for cocaine possession in Wisconsin?

When you’re charged with cocaine possession in Wisconsin, the consequences can be severe. Cocaine is a Schedule II Controlled Substance under the Wisconsin Controlled Substances Act. Schedule II substances are defined by the state as having a high potential for abuse, which may lead to severe psychological or physical dependence. If you are unsure of which felony/misdemeanor class your charges fall under, look into Class U misdemeanors in WI or call us for more information.

You are only a criminal if you are convicted™

Felony cocaine possession in Wisconsin also includes a Drug Abuse Program Improvement Surcharge of up to $5,000. Drug conviction surcharges were enacted in 1987 and are granted to the Wisconsin Department of Health and Family Services to fund drug and alcohol abuse prevention programs.

If you were arrested for cocaine possession or cocaine smuggling with a firearm, prison terms and fines may increase substantially. As one of Wisconsin's best gun attorneys, Tom Grieve has a nuanced understanding of the complexities that come with charges involving drugs and guns. OWI penalties can also be added if you were operating a vehicle while intoxicated. Learn more about how OWI charges can be paired with possession charges.

Could You be Facing Felony Charges?

Depending on the severity of your cocaine-related crime, you could be charged with a felony that comes with severe penalties and consequences.

Charged with Cocaine Possession in Wisconsin? Contact us to set up your FREE consultation and give yourself the best chance at beating misdemeanor or felony drug possession charges.

In Wisconsin, how long does a Wisconsin possession of cocaine charge stay on your record?

How to beat Cocaine possession charges

If you’ve been charged with a misdemeanor or felony cocaine possession in Wisconsin and you’re wondering what to do next, our advice is to act smart and fast.

When you don’t know where to turn, trust Milwaukee drug defense attorney Tom Grieve. No criminal defense law firm in Milwaukee can match our record for getting drug charges reduced or dropped. It doesn’t matter if you’re being charged with 1st offense cocaine possession or felony cocaine possession, Tom Grieve produces powerful, strategic defenses to help you beat the drug charges you’re facing.

How do you beat a drug sale charge in Wisconsin?

"The following are some examples of defenses that could help you beat your drug charges: The drugs weren't yours, and you were unaware that they were in your possession. Someone set you up. The lab made errors. The police did not follow proper procedures. You were illegally searched."