Possession charges could be at the misdemeanor level, but if the incident includes possession with intent to distribute, drug dealing or delivery, then it would likely be a felony charge, that if convicted could lead to thousands in fines and years in jail.

1. There is a world of difference between dealing/delivery vs. possession charges.

Any time someone is charged with dealing, delivery, or possession with intent to deliver in Wisconsin, this always means they are facing a felony charge. Felony charges, regardless of the class of felony (Class G), are always extremely serious. You are facing years in prison, possibly tens of thousands of dollars’ worth of fines and penalties, not to mention having the silent “F” attached to every job application, resume, promotion, and interaction with all in-laws in the future. While that may not seem like a big deal right now (but hopefully it does), it is a huge deal!
Numerous studies have come out over the last several decades to show that somebody who has been convicted of a felony will face a far more difficult time getting a job, may make a lot less money than their non-felon counterpart, will earn far less money throughout the course of their career, and suffer from numerous other social and career penalties.

A possession charge is not always “just” a misdemeanor charge. Many drug possession charges can be felonies. However, there is usually a world of difference between penalties, both now and in the future, of what a narcotics delivery, possession with intent to deliver in Wisconsin, or some other form of drug dealing charge will carry in Wisconsin. 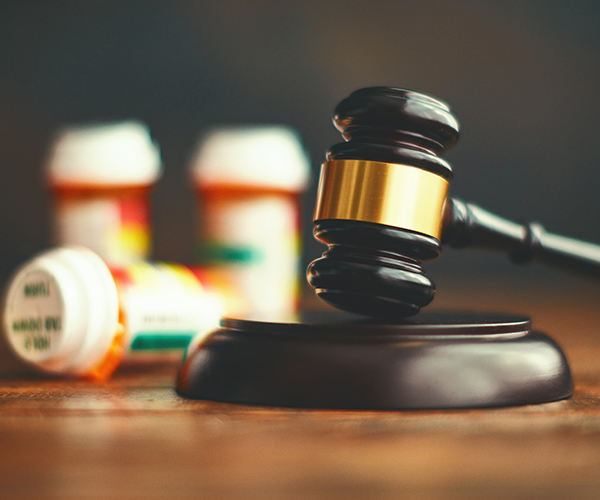 2. Marijuana may become legal in the future, but that probably will not save you from fines & penalties in your drug dealing case now.

Yes, we all know marijuana is becoming legal in some states. We also know that marijuana has a broad social acceptance in many areas, both around the state and country. You may even be wondering: Is having a dab pen a felony in Wisconsin?

While many employers, friends, and family may not look at a misdemeanor THC possession very seriously in some cases, they will always view a “drug dealing” charge extremely seriously.

Like it or not, when someone says the words “drug dealer,” different people think different things. And while some people may think of a nice person making some cash on the side, many other people will think there is some kind of gang affiliation or will picture you running around on the streets of Milwaukee loaded with illegal guns and selling to children on playgrounds. There is simply a world of difference between what people think of when they think of somebody who may have been busted with a few joints versus someone who is a “drug dealer.”

3. Wisconsin expungement laws may not help you.

Like it or not, drug charges are perceived very differently, not only in the outside world, but also in the criminal justice system. There is an old expression that “users get probation, and dealers get locked up.” Even if you case does not end in any form of incarceration, it just as likely may not end in any kind of expungement. Even if you are convicted of something as a result of tough negotiations with the prosecutor, it is extremely important to deal with any idea the government may have that you are “drug dealer.”

Your expungement may depend upon it.

If you have read this far, then by now you should know there is more than simply a possible list of punishments that separate a possession charge from a “drug dealing” crime.

People who are charged with drug dealing offense are usually facing much tougher penalties. They are also facing a far less sympathetic judge, a much more aggressive prosecutor, and far worse punishments as far as the possibility of expungement and job prospects in their future. But as referenced above, it does not end there.

Just because someone may be sentenced to some kind of jail or incarceration does not mean they actually will be. In other words, if you are facing up to one year in jail on a drunk driving third offense, that is no guarantee by any measure that you will actually go to jail for one year. Usually a skilled defense attorney can achieve something other than a maximum sentence outcome. While the same may be true about avoiding a maximum sentence outcome on a drug dealing charge, it is equally true you are far more likely to actually go to jail or prison on a drug-dealing charge than a 1st or 2nd offense possession charge. Remember, users get probation and dealers get locked up.

A skilled and experienced defense attorney team will be able to do everything to maximize the chances of both getting the charges dropped and protecting you from the most amounts of penalties. It does not change for one second that if you are facing a drug dealing charge in Wisconsin, you are facing a charge that puts you in an entirely different category of risk of going to jail or prison. If you are unsure of which felony or misdemeanor class your charges fall under, contact us or learn more about Class U misdemeanors.

5. A jury might be better for you than a judge.

Sometimes, depending upon the facts of the case and the background of the defendant, there really may be no choice other than to fight the charge. Maybe the case is just so serious that you are looking at going to prison no matter what if convicted. Other times, maybe you have a number of mistakes on your record, and we all know the Judge is going to slam you if you are ever convicted. In circumstances like these, there may be no option other than to fight your drug dealing charge in Wisconsin.

Contact the drug charge defense attorney Milwaukee trusts to get penalties reduced or dropped and schedule your free consultation.

In Wisconsin, how long does a Drug charge stay on your record?

Wisconsin residents are not guilty of Wisconsin drug crimes unless they are convicted and found guilty, not just charged with the crime. However, those charges could remain on someone's record for life.