The state home to Brew City was recently recorded to have 7 out of 10 of the cities with the most bars per capita. Wisconsin had a total of 6326 arrests for a second offense OWI or higher in 2019 alone.

“In Wisconsin, about every three hours somebody is injured or killed in an alcohol-related crash” - Reported by WI State Patrol.

If you have a few drinks don’t drive, or you may end up being the one in an accident on I-94 Wisconsin. 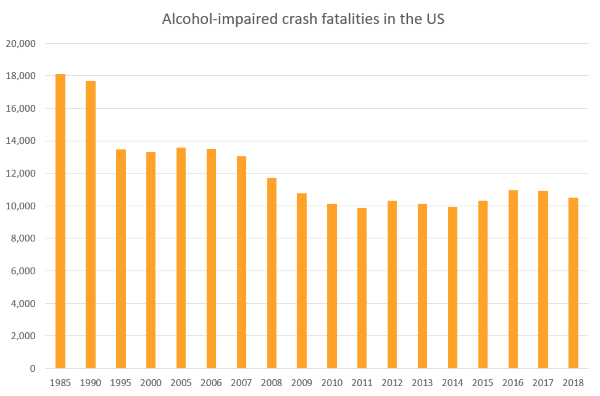 Although the prevalence of drunk driving deaths has decreased over the past 38 years, this is largely due to the increased crackdown of drunk driving laws and automobile safety. There is still a large number of fatalities in recent years. 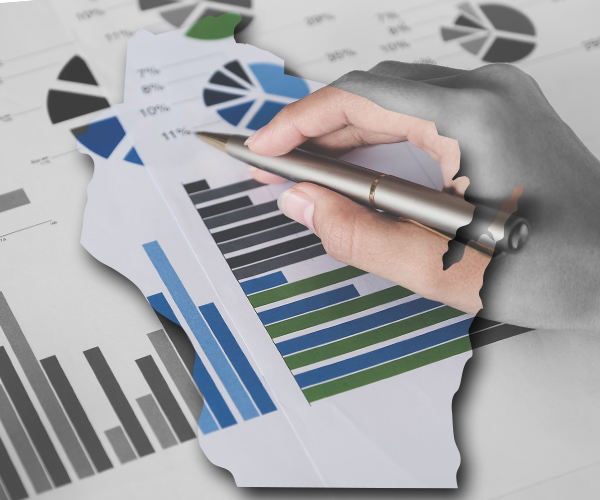 How many drunk driving deaths occurred in 2019?

It is estimated that there were around 11,640 drunk driving deaths in 2019. These numbers are based on the 38,800 fatalities in car crashes in 2019 and that roughly 30% of fatal crashes are caused by drunk driving in the United States according to the CDC.

How many Wisconsin drunk driving deaths occurred in 2019?

What is the Wisconsin OWI conviction rate?

In Wisconsin, the conviction rate is 93% according to the DMV. However, there is a big difference in the worst-case scenario and the best-case scenario.

The majority of people with a first offense OWI don’t think they need a lawyer - until after they’re convicted. Ask any DUI attorney and they’ll tell you: EVERYONE who faces a second DUI charge gets a lawyer because they’ve learned exactly how serious the charges are, and how much is at stake.

Wisconsin has the 9th most DUI arrests in the United States with high arrest rates per capita as well. 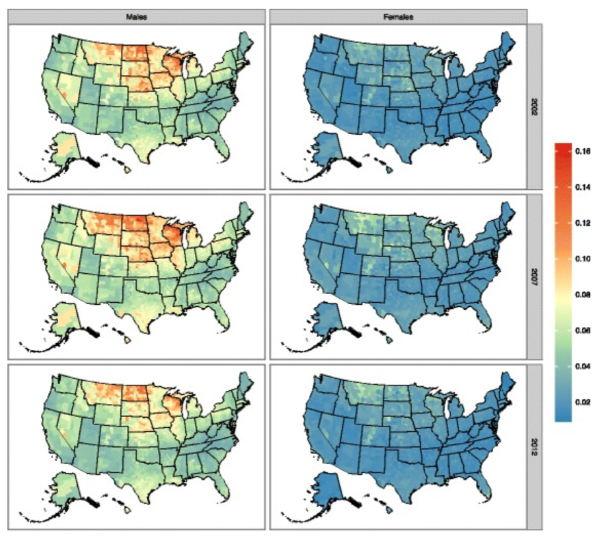 Everyone knows that Wisconsin and specifically Milwaukee county love their sports teams and embrace the lifestyle of "Brew City". And they love to drink. Just make sure when you are celebrating a big win, you do so responsibly. The Wisconsin DUI penalties can be life-altering if you don't.

If you or a loved one does get pulled over for a DUI, DO NOT WAIT, call Grieve Law as soon as possible. We are the lawyers to help REDUCE OR DROP your DUI charges.

Wisconsin had a total of 6326 arrests for a second offense or higher OWI in 2019. Scroll down for county details given for 2019.

In Wisconsin, how long does a OWI charge stay on your record?

OWI charges and convictions in Wisconsin, whether your 1st Wisconsin OWI or your 10th could stay on your record for life.