Wisconsin is one of 3 states where your first OWI isn't a criminal offense but the penalties are worse than you'd think. Wisconsin’s OWI classifications changed in January 2017. This means that the fines are higher and the jail time is longer when you are convicted of OWI charges. The best way to protect your record and avoid costly, life-changing penalties is with an experienced drunk driving attorney defending your case.

As of 2021, Per Senate Bill 135 under Wisconsin Act 172, those convicted of an OWI 4th offense or higher will have their driving privileges revoked for life if the previous offense was within 15 years. Penalties increase if you had a minor in the vehicle under age 16.

In Wisconsin, penalties for drunk driving include up to $500 in fines and 9 months in jail for first offenders. Subsequent drunk driving convictions are considered a crime in Wisconsin and include increased fines and jail time. If you are arrested for a DUI with a BAC higher than 0.15, penalties usually double, and ignition interlock devices (IIDs) are automatically applied to your vehicle. IIDs are installed at the expense of the person charged with a DUI, not the State. 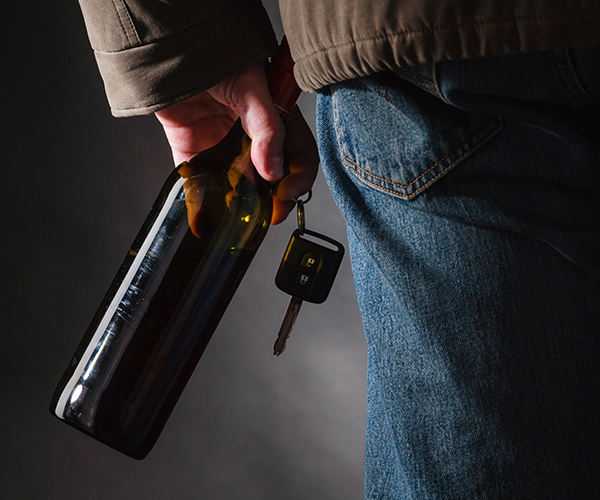 If you’re driving in this state, it’s best to know Wisconsin DUI laws. The legal limit in Wisconsin, since 2003, when we became the 43rd state to adopt this lower limit, is a blood alcohol content (BAC) of 0.08. Commercial drivers have only half that wiggle room, at a legal limit of 0.04 BAC. Even less wiggle room goes to drivers under 21, who are under a Zero Tolerance policy. Drivers under 21 are only permitted a BAC of 0.02 or less, otherwise they face a DUI under 21, which has its own set of penalties.

If you’ve been arrested for a DUI in Milwaukee, call Grieve Law immediately. The sooner we go over the specifics of your case, the faster we can produce a case-winning defense. Our Madison, Waukesha County, and Milwaukee DUI lawyers have experience in DUI charges.

Does Wisconsin have DUI plates?

No, some states have custom plates, but Wisconsin does not. For example, Ohio has bright orange plates with red letters for anyone with an OWI over 0.17 BAC. The DUI plates are colloquially known as "Party Plates".

In 2008, Wisconsin became an implied consent state. This means driving in Wisconsin is enough to make compliance with officer requests for DUI chemical tests mandatory. Refusing to submit to a chemical test when pulled over under the suspicion of operating while intoxicated means an automatic one-year license suspension. The courts generally believe the only reason someone would not submit to a chemical test is because they’re guilty. This is not always true. Some people don’t submit to the tests simply because they feel it’s a violation of their privacy. Officers are required to inform you of your rights before asking you to submit to any chemical tests.

You Are Only Guilty If You Are Convicted®

Breathalyzer tests are often used during a suspected DUI. These are only preliminary tests, and cannot be used as admissible evidence in court. You can refuse a breathalyzer with no legal penalties.

In Wisconsin, vehicular manslaughter DUIs or DUIs causing an accident are considerably worse offenses than simply getting a DUI.

Penalties for a vehicular manslaughter DUI or a DUI causing an accident may include:

*In Wisconsin, all DUI penalties doubled if, at the time of the DUI, there was a passenger in the vehicle who was pregnant or under 16.

Could You be Facing a FELONY Charge for OWI in Wisconsin?

Depending on the severity of your OWI, you could be facing lengthy prison time and hefty fines. The best way to try and reduce your OWI penalties is by hiring an experienced OWI criminal defense attorney like Tom Grieve.

You could be facing serious charges if you've been charged with: