Record for most OWIs by one person in Wisconsin This should NOT be broken. 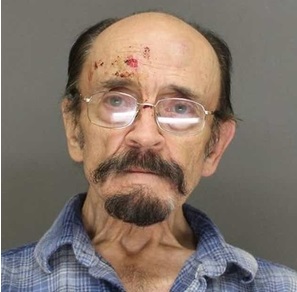 Wallace C. Bowers of Green Bay has 18 OWI convictions, the record for most OWIs in Wisconsin. Bowers became a contender for most DUIs ever when he received his 18th OWI conviction on January 8th, 2021.

Who has the most DUIs?

There’s been plenty of history made in Green Bay, Wisconsin. Green Bay is home to the first Super Bowl Champions, and respectively is a well-documented tail-gating and beer-drinking town that has even been coined the drunkest city in America. But Bart Star, Brett Favre, and Aaron Rodgers aren’t the only ones with belts in Titletown. Currently, a 74-year-old Green Bay native by the name of Wallace C. Bowers holds the record for most DUIs in Wisconsin, racking up his 18th OWI conviction on January 8th, 2021.

Wallace C. Bowers has OWI charges dating back to 1988. Bowers rang in his 18th OWI by crashing his truck into a power line, causing a power outage that swept through the eastside of Green Bay. When police arrived, Bowers refused a breathalyzer test, claiming he only drank two beers, nor could he walk for other field sobriety tests due to his prosthetic leg becoming detached. The police then took him to the hospital to check for injuries and eventually had his blood drawn after securing a search warrant from a Brown County judge. The rest is etched in history… and the Wisconsin municipal court records of Wisconsin OWIs.

Wallace C. Bowers broke the glass ceiling of Wisconsin OWI law when he secured his 18th OWI conviction. Wisconsin penalties for OWI charges leave off at 10 OWIs; any further convictions pose the same penalties. An 18th OWI is a Class E felony charge, punishable by up to 15 years in prison, up to $50,000 in fines and several years of license revocation and other driving restrictions. Bowers’ bond was set at $30,000. Learn more about Wisconsin OWI penalties.

How many DUI’s before you lose your license for good?

Even Green Bay’s Chief of Police wasn’t sure how Wallace C. Bowers was legally driving with 17 prior OWI convictions.

"I am frankly shocked that someone with fifteen [sic] prior OWI arrests is still driving," Police Chief Andrew Smith said in a news release.

Wisconsin law now requires drivers’ licenses to be revoked after a 4th OWI conviction in accordance with 2017 Wisconsin Act 172. In Bowers’ case, his last conviction was in 2011, before the new law went into effect, so his driver’s license was valid when he got behind the wheel. Future offenders may not get off so easily thanks to harsher penalties for repeat OWI offenders.

Any alcohol-related violations received on or after December 1, 2018, may result in Lifetime revocation of your license if:

If your license is revoked under these circumstances, you won’t be eligible for an occupational license.

*A qualifying conviction is either of the following:

You may apply for reinstatement after 10 years if you satisfy both of the following requirements:

The best way to avoid losing your license for good after an OWI is to avoid conviction. Contact our OWI lawyers in Wisconsin for a free consultation.

When Wallace C. Bowers was pulled over for his 18th OWI, he refused a breathalyzer test. Was it the right call? Probably not... but considering this is his 18th OWI, he’s got bigger concerns.

Refusing a breathalyzer in Wisconsin is usually not a good idea. Wisconsin is an “implied consent” state, so refusing chemical testing of breath, blood, or urine can result in additional consequences.

Most DUIs by State

So how do Wisconsin drunk drivers stack up against the rest of the nation? It turns out, several other states have a higher rate of DUI arrest than Wisconsin.

Being arrested for a 1st offense OWI in Wisconsin, let alone an 18th, is a scary experience. Contact our team of award winning OWI attorneys for a free consultation on your case.

In Wisconsin, how long does a OWI charge stay on your record?

An OWI in Wisconsin not only involves fines that could reach more than $700, but you could have a difficult time getting the charges removed from your record, which typically remain listed for life.