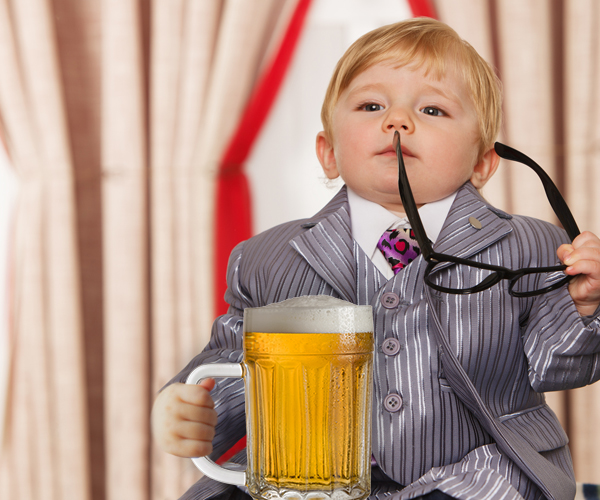 What happens when you get a DUI under 21?

What happens if you get caught drinking under 21 in Wisconsin?

What happens if you get caught drinking and driving under 21?

The penalties for an underage OWI in Wisconsin will depend entirely on your current criminal record. First offense DUI's in Wisconsin will be subject to a fine of $250-$500, a 30 to 90-day suspension of their driver's license, and a mandatory alcohol assessment. Further infractions will increase the fines and time of suspension. Underage OWI’s also occasionally require a supervised work program and court-ordered stay. Another consequence to consider is insurance premiums. Underage DUI’s/OWI’s in Wisconsin often result in hundreds of dollars in premium raises, it’s also not uncommon for insurance companies to cancel policies outright with no option to renew.

If you are under 21 years of age can you transport alcohol?

If you’re under the age of 21 and you get pulled over with alcohol in the car, you will most likely be driving away with a ticket. Unless accompanied by a parent, legal guardian, or spouse over the age of 21, you cannot have possession of intoxicants in your vehicle. There are rare cases where you may be allowed to transport alcohol under the age of 21, such as for work, or under the explicit directions of an adult, but these are the exceptions rather than the rule. As of February 1, 2022, No underage person, as defined under s. 125.02 (20m), may knowingly possess, transport, or have under his or her control any alcohol beverage in any motor vehicle unless the person is employed by a brewer, brewpub, alcohol beverage licensee, wholesaler, retailer, distributor, manufacturer, or rectifier and is possessing, transporting, or having such beverage in a motor vehicle under his or her control during his or her working hours and in the course of employment, as provided under s. 125.07 (4) (bm).

Is underage drinking a misdemeanor or felony?

Since the National Minimum Drinking Age Act was passed in 1984, the national drinking age in America has been set at 21 years. In the state of Wisconsin, an underage drinking ticket is known as a forfeiture, citation, or infraction, which is a non-criminal offense that results in a fine. Operating a vehicle while intoxicated on the other hand is a misdemeanor in the state of WI, and underage DUI’s/OWI’s are no different. Starting in January 2017, a 4th Wisconsin OWI misdemeanor is considered a felony with mandatory fines & jail time, where you may face a punishment of up to 6 years in prison.

In Wisconsin, what is the minimum blood alcohol concentration (bac) level in order to be considered 'under the influence' for a minor?

The state of Wisconsin has a zero-tolerance policy for underage drinking and driving. The Absolute Sobriety Law, also known as the “Not A Drop” law, states that any underage persons operating a vehicle between 0.00 and 0.08% bac (the normal limit of bac for adults to drive) will be arrested.

As long as you are with a parent, legal guardian, or spouse that is of legal drinking age, there is no minimum age to drink in Wisconsin. This law applies to drinking at restaurants, bars, and your home. Underage drinking in any establishment is ultimately up to the discretion of the owner, so whether or not you're with your parent you may be denied an alcoholic beverage. The concern is what under 21-year-olds do after drinking. Wisconsin's Absolute Sobriety Law states that any minor must be completely sober to operate a vehicle.

Underage kids aren't the only ones who might pay for the illegal consumption of alcohol. With the Social Host Law, Act 126, enacted in 2017 by Gov. Scott Walker, any adult allowing underage drinking on property they own or occupy will receive a $500 fine for a first offense. This law applies to parents, hotels, & campgrounds. If you host underage drinking as an adult you are responsible for any events in the eyes of the law, meaning you could be sued for damages, injuries, or death claims in civil lawsuits for upwards of $1,000,000 AND potentially face jail time.

How to beat an underage drinking charge

What should I do if I was charged with Underage Drinking or Possession in Wisconsin?

It’s not impossible to beat or lessen the charges associated with an underage drinking or possession ticket.

1. Check if the arresting officer had probable cause to stop or question you.

If you’re able to prove you were stopped for an unjustified reason, the stop could be considered unlawful. Sometimes, this is enough to get out of an underage drinking charge.

2. The Alcohol belongs to someone else.

Claiming you didn’t do it is a common defense to any criminal charge. An experienced criminal defense lawyer will pressure the prosecutor to prove the alcohol found actually belonged to their client.

3. Your 4th amendment rights were ignored.

Alcohol found in your home or vehicle without consent to search cannot be entered into evidence. If you’re under the age of 21 and alcohol is found in “plain view” it can be seized and used as evidence against you. If you can prove an unlawful search and seizure was conducted, it drastically improves the chances that charges against you will be dismissed.