Being charged criminally with disorderly conduct in Racine or Kenosha means that you are facing a class B misdemeanor punishable by up to 90 days in jail, a fine up to $1,000, or both. You can, instead, be charged with a disorderly conduct citation or ticket. The decision to charge you with a ticket or a criminal offense is up to the prosecutor and police involved in your case and is dependent on the facts as they interpret them. 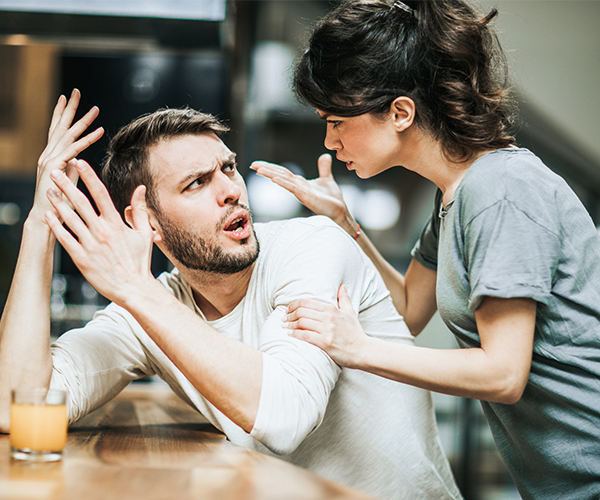 Additionally, for a prosecutor to prove their case, they must show that the conduct “tended to cause or provoke a disturbance”. There is language in the jury instructions that whether something tends to cause or provoke a disturbance should be decided based on the circumstances that existed at the time and are based on a typical person, not someone who is more prone to being upset.

Despite the relatively low-level criminal penalties attached to a disorderly conduct charge in Racine or Kenosha, the charge often has a modifier on it to include domestic violence. The domestic violence modifier simply means that the person you were disorderly to or who was disturbed by your conduct was someone that you either currently or have previously lived with or with whom you share children in common. And, as with all criminal charges, it is the prosecutor who is pressing charges against you. Even if your spouse, roommate, father, or whoever is not “pressing charges” that does not mean that the prosecutor will not charge you with the crime and often has no influence as to whether you are charged. This modifier is problematic for a number of reasons, the two most common are 1) being convicted of a criminal domestic violence charge means you are no longer able to legally possess a firearm and 2) simply having that modifier on your record looks bad (there is also an additional “surcharge” or court cost if you are convicted of a domestic violence modifier).

How long does a disorderly conduct record stay on my record?

A disorderly conduct conviction in Racine or Kenosha is on your record for the rest of your life.  However, as it is a misdemeanor charge you may be eligible to have the conviction expunged which seals the conviction from public view.  If expungement is not granted at the time of sentencing, it cannot be granted in the future.  Anytime you are convicted of a crime your charge and conviction will be visible on CCAP (Wisconsin’s Circuit Court Access Program).  There is no passage of time that will remove the record from CCAP, so it will always be visible and may affect your job options, housing and school.

Often the most successful way to fight a disorderly conduct charge in Racine or Kenosha is to challenge that you were the cause of the disturbance.  Just because you were involved in an altercation does not mean that you were its cause and being able to challenge that can defend you against disorderly conduct.  The evidence in these cases often comes down to your word against someone else’s, by not focusing solely on the conduct but instead whether you were at “fault” for the conduct or disturbance the right lawyer can successfully fight against these cases.  Our award-winning Racine and Kenosha lawyers have the experience and knowledge necessary to successfully fight against these charges, give us a call so we can get started on your case today.