Wisconsin law states that, “Whoever intentionally impedes the normal breathing or circulation of blood by applying pressure on the throat or neck or by blocking the nose or mouth of another person is guilty of a Class H felony.” 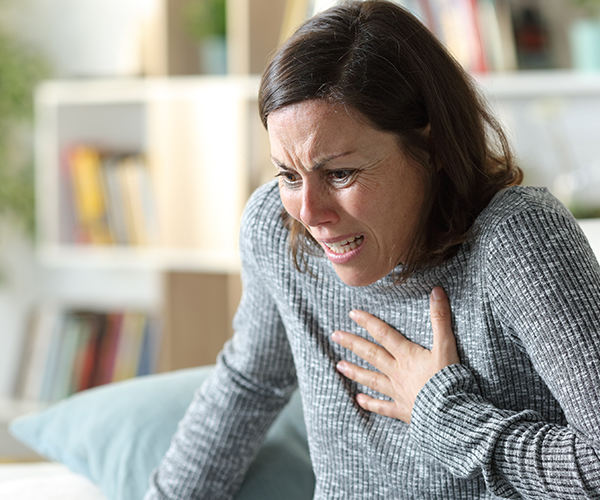 What does this law mean for you? Let’s start by breaking down the terms.

What was your intention?

Your actions must have been “intentional.”

Even if you were already in an altercation, you may not have meant to restrict the victim’s breathing or circulation. This could be one basis of your defense. But remember, the bones around the throat are very delicate, and crushing the windpipe is easier than you may think.

It’s important to note that there’s a difference in meaning between “strangulation” in the legal sense and the ordinary sense. When most people use the word “strangulation,” they mean choking someone to death. But as a legal term, it doesn’t imply that the victim died. If you are accused of strangling someone to death, that’s another matter entirely.

In fact, to be accused of strangling or suffocating someone, it is not even required that the victim lost consciousness. To support their claims, the State may produce photographic evidence of the victim’s neck, demonstrating bruises, rope burns, or other injury, or they may invite a doctor’s testimony.

Does strangulation and suffocation law apply to body parts other than the neck or face?

Suppose you cut off circulation to someone’s arm, perhaps resulting in tissue death. Can this be charged under this statute? No.

The strangulation/suffocation law only applies when circulation was impeded by applying pressure to the throat or neck. Note also, though, that restricting breathing by “blocking the nose and mouth” can cover a broad range of actions, such as covering someone’s face with your hand, putting a bag over their head, or placing a pillow on their face. When you are facing accusations of assault, it can be wise to carefully review the events that occurred to see if anything could conceivably be considered strangulation or suffocation.

Let our criminal defense lawyers protect you from being charged with strangulation or suffocation.

If you are faced with the possibility of years behind bars, you need a lawyer with a proven track record and reputation for success. The experienced criminal defense attorneys at Grieve Law will be happy to provide you with a free consultation. We look forward to working with you to give you the best possible chance of having your charges reduced or dropped.

Contact our Milwaukee criminal defense lawyers today for a free consultation and a powerful defense!

In Wisconsin, how long does a strangulation charge stay on your record?

Even if a Wisconsin resident doesn't serve a 6 year prison term for a strangulation conviction, the charges alone could remain on that person's record for life.